My parents are separating

Sometimes after parents separate they find it hard to agree on important things and will ask the court for help.

Cafcass knows that this can be a really hard time for you and that you may feel unsure about what is going to happen next. Remember, whatever is happening to you and your family right now is not your fault. People will listen to you and try to help.

Here is some information for you about what might happen when your family goes to court and who can help you.

What happens when families go to court?

Your parent or carer has asked the court to help them with making the right decision about you by filling in an application. This decision might be about who you should live with or how much time you should spend with each parent.

The court looks at the application and decides whether a judge or magistrate is best to help. The court will decide a date for a meeting at court, called a hearing.

A judge works in the family court. They listen to information about you and will make the decision about what is right for you.

Magistrates are trained members of the community who also work in the family court. There are normally three magistrates who will make a decision about you. 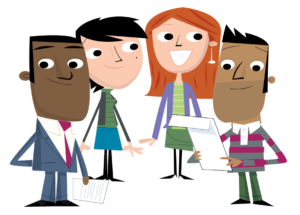 The court will then ask Cafcass to help. A Cafcass worker will contact your parents to talk about the issues they are having. Cafcass workers, called Family Court Advisers, help adults work out things like who looks after you and who you should spend time with. They will also talk to the police and local authority to see whether they have any relevant information about your family.

The Cafcass worker is here to make sure that the best things happen for you. Cafcass and the courts will help you and your family in the safest way possible and as quickly as they can.

They then write a report called a safeguarding letter to the court to tell them about your situation. 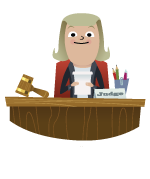 They will decide whether they have enough information to make a decision. Once they have decided, they will write their decision down – this is called a court order. 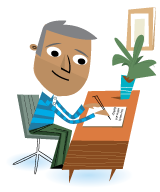 If the court needs more information they will ask Cafcass to complete a section 7 report. This report will be completed by another Cafcass worker and will include more information from your parents and maybe from other people, like your school.

In most cases the Cafcass worker will talk to you about your wishes and feelings. You can also ask them questions.

Can I speak to the judge?

At the court hearing the judge will make a decision about what is best for you. They will know your wishes and feelings, but will also think about all the other information from your parents and the Cafcass worker.

Would you like to find out what other children and young people think of the family courts?